“We had 30 educators from public and private schools all around the state come out to participate, including a teacher from the Oregon School for the Deaf and a program in central Oregon that serves migrant workers,” says Mark Peters, OSU research security officer.

According to Peters, the initial impulse that led to the creation of this program came from the Oregon Department of Education, which contacted the university to learn more about the technology and how teachers could use it to build interest in the so-called “STEM” subjects: Science, Technology, Engineering, and Mathematics. “They wanted to understand the safety, insurance, and legal requirements for using drones in their programs, and that led to us holding four webinars over the previous school year, which culminated in this three-day conference.” 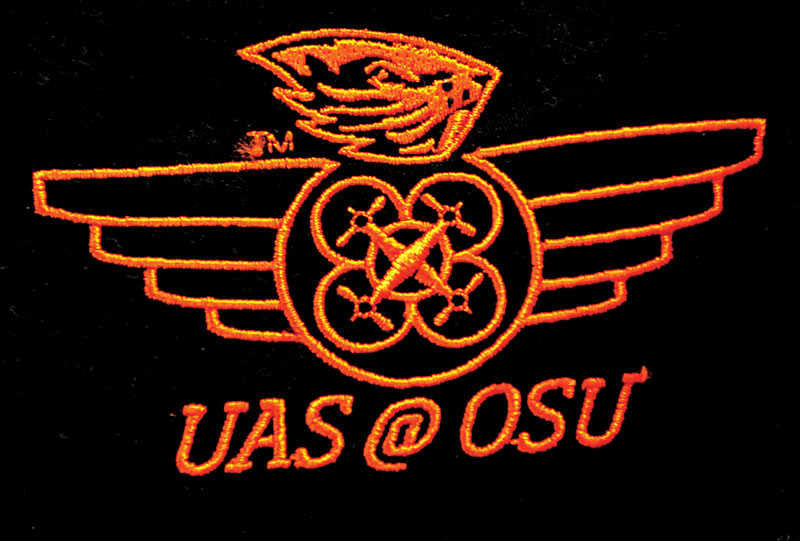 With the beaver as its mascot, OSU has embraced drone technology to enhance its work in forestry, marine science, and other fields.

Center for Excellence
Hosting the program was a natural fit for OSU, which is developing a national center for excellence in drone technology. “We have faculty all over the university who are doing amazing things with drones,” says Peters. “For example, Professor Julie Adams has put me on notice as the regulatory compliance guy that in the next few years she wants to put up to 300 micro drones in the National Airspace System that will be completely autonomous. Right now, she and her team are working on the artificial intelligence that will allow this swarm to think and decide on its own how to accomplish a given task.”

Located in the state’s verdant Willamette Valley, Oregon State University was established in 1858 as a land-grant college with an emphasis on agriculture. However, it has continued to innovate and expand its programs to encompass such cutting-edge subjects as drones, robotics, and artificial intelligence.

In addition to the work being done to create the next generation of drone technology, the university is using drones to look at real-world problems in new and different ways. “The professors are telling me that the drone is the new microscope,” Peters explains. “They are using this technology to see and measure things that were never possible before now.” As an example, he cites the work of Dr. Leigh Torres, a marine biologist who has used drones to achieve a number of breakthroughs in the study of whales. “She was the first person to ever capture video of a blue whale calf nursing, and also the first to determine that humpback whales are actually social diners, that will synchronize their headstands before they dive for krill.” 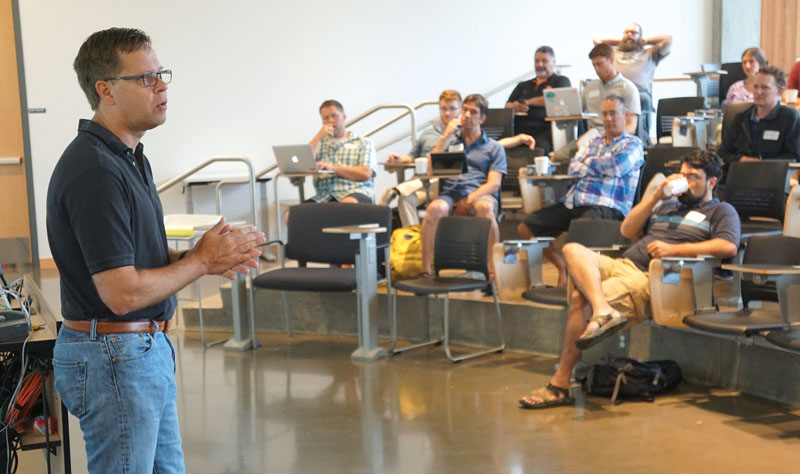 Brian Whiteside of Drone Complier provides attendees at the Drone Training in Education conference with a basic understanding of the Part 107 regulations that govern drone operations in the United States.

Doing Their Part
Throughout the conference, attendees heard from researchers doing cutting-edge work at the university, as well as drone experts who talked about how to conduct flight operations safely and in compliance with the rules and regulations established by the Federal Aviation Administration. “It was important for us to inspire them, but also to give them the nuts and bolts they will need to establish their own drone programs when they go back to their classrooms,” says Peters. In addition to a compressed Remote Pilot In Command (RPIC) course taught by Brian Whiteside of Drone Complier, OSU is giving the teachers ongoing access to its web-based Part 107 training.

Peters intends for the Drone Training for Educators program to become an annual event at OSU, yet another piece of the university’s ambitious plan to stand at the forefront of the drone and robotics revolution. “Looking out at the next five to ten years, I see Oregon State rivaling Cal Tech, MIT, and Georgia Tech as one of the nation’s leading schools in robotics and artificial intelligence.” –Patrick Sherman

For more information about future programs, go to https://pace.oregonstate.edu/catalog/drones-education-workshop-k-12-educators