This is a very good short article from Drone University USA on the use of drones for hurricane Harvey recovery efforts.  Be sure to check out their website for more information:  droneuniversityusa.com 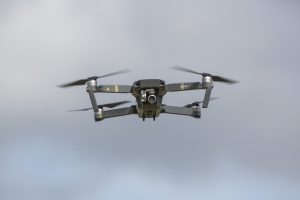 For drone users, Hurricane Harvey is likely to be the event that propelled unmanned aircraft to become integral parts of government and corporate disaster-recovery efforts.

In the first six days after the storm hit, the Federal Aviation Administration issued more than 40 separate authorizations for emergency drone activities above flood-ravaged Houston and surrounding areas. They ranged from inspecting roadways to checking railroad tracks to assessing the condition of water plants, oil refineries and power lines.

That total climbed above 70 last Friday and topped 100 by Sunday, including some flights prohibited under routine circumstances, according to people familiar with the details. Industry officials said all of the operations—except for a handful flown by media outlets—were conducted in conjunction with, or on behalf of, local, state or federal agencies.

One person familiar with the details said certain applications were processed within hours, an unusually fast turnaround for federal safety regulators accustomed to days or weeks of analysis for such decisions.

The scope and pace of approvals—advocated by drone proponents as essential tools to help search-and-recovery teams during natural emergencies—likely will boost momentum for longer-term industry and congressional drives to open up more airspace for broader commercial applications.

“They’re being used in a lot of different ways we’ve been talking about for a long time,” said Brian Wynne, president of the Association for Unmanned Vehicle Systems International, the leading trade group.

Now that recovery efforts are under way, Mr. Wynne said relying on drones can help a wide range of industries pinpoint and repair damage, adding that “it’s in everybody’s interest that they get up and running” as quickly as possible.

Before the devastation throughout southern Texas, lawmakers and trade groups representing drone manufacturers specifically urged the FAA to adopt policies providing swift regulatory exemptions in the event of emergency applications.

Since the FAA began clearing the way for unmanned aircraft around Houston, people familiar with the details said at least one company has received the green light to survey coastal damage using drones operating beyond the sight of ground-based pilots. Such flying techniques are strictly banned under normal rules governing commercial operations.

On Sunday, an FAA spokeswoman said she didn’t have a detailed breakdown of the latest authorization totals.

To reduce delays and bureaucratic processes, the FAA has issued some single, blanket authorizations to fly different types of drones for various missions across the same designated airspace.

Despite FAA flexibility, drone industry groups have called for further easing of rules. A trade association called the Small UAV Coalition on Friday said some of its members already are helping “ensure continuous communication capabilities for first responders and the public.” But unmanned aircraft also have “immense potential” to assist help with “delivering food, water and medical supplies,” the group said.

From the outset, several large property insurers enlisted drones in trying to quickly estimate damage and anticipate claims. Dozens of drones making thousands of weekly flights are expected to be part of the strategy.

To protect the multitude of government helicopters and manned aircraft that initially responded as Hurricane Harvey pummeled large chunks of the state, the FAA slapped a temporary but extensive no-fly zone over Houston. All drone operations were prohibited without specific FAA approval, and the FAA explicitly warned that “flying an unauthorized drone could interfere” with official rescue and recovery efforts. Operators “could be subject to significant fines if (they) interfere with emergency response” functions, the agency said.

But as the hurricane dumped historic amounts of rain, lingered over Texas and Louisiana and the extent of recovery needs grew, agency officials accelerated case-by-case approvals to drone operators for storm-related flights. That occurred while the FAA continued to receive numerous new requests from drone users.

Now, even with temporary flight restrictions lifted or slated be eased, drone flights to assist the recovery still require advance FAA approvals over much of Houston. That is because as before, large swaths of airspace are reserved for traffic in and out of the region’s two primary commercial airports.

Long before Harvey made landfall, FAA rule-making regarding drones was stalled as a result of White House directives effectively pausing major new rules government-wide. Before the November 2016 elections, the agency had solicited and analyzed public comments and was on track to issue long-awaited rules covering drone flights over populated areas by January 2017. Now, that schedule has been scrubbed and the U.S. Department of Transportation website doesn’t show a projected date for release of a final rule.

Still, FAA officials are pushing ahead with preparations—including finalizing recommendations from joint federal-industry advisory committees—aimed at proposing additional rules in the future. Mr. Wynne said one such group is about to issue a report about ways to identify and keep track of drones to ensure they keep out of restricted areas.

The House is considering a 2018 FAA reauthorization bill that, among other things, calls for putting in place consensus safety standards for drone designs developed by industry representatives. The legislation also calls for further study of local and state governmental authorities to oversee drone operations under certain scenarios.

As that legislative debate ramps up, many industry leaders hope it will be influenced by examples of the usefulness of drones during recovery from the latest storm. Some of the lessons learned provide “really an extraordinary example of why this technology has to move forward at a much faster speed,” according to Mark Dombroff, a former government lawyer who represented the FAA and now is a partner at the law firm Dentons US LLP in Washington.

The storm’s aftermath amounts to “virtually a poster child for the social, economic and human benefits of drones,” Mr. Dombroff said in an interview Monday.