FPV is all the rage these days, and whether you’re into racing giant-scale machines, flying freestyle with a 250, or flying strictly indoors with a Whoop, you’re going to need a trusted source for good-quality FPV components. AKK Technology specializes in FPV cameras, video transmitters, and antennae, so you know you’re getting a product that’s specifically designed for what you’re doing. Not only that, but AKK allows you to return the product within seven days of arrival if you don’t like the way it performs.

AKK hooked us up with a few of its more popular products: the KC02 combo for full-size machines, and the A3 AIO for micro and submicro rigs. The only thing better than the performance of these two systems is their price. The KC02 combo features a Sony Super HAD II CCD 600TVL camera with a 600mW video transmitter, and it rings in at just over $30. Similarly, the A3 AIO is listed at $15.99 (as of this writing) and is switchable to
25, 50, and 200mW. Let’s take a closer look.

The KC02 system is perfect for freestyle drones or FPV wings. Getting everything installed is a breeze as there is no soldering or splicing to do. The combo comes with a harness that has a JST power-in, and at 600mW, you’ll have plenty of range. The images displayed on the camera in real time are exceptional, and I was pleasantly surprised with how well the sensor kept up with changes in light: flying from direct sun, into shadows, and then back again. The antenna mount on the video transmitter is pointed out back, so a right-angle RP-SMA adapter will simplify antenna installation. The A3 AIO also surpassed initial expectations. It is a bit bigger and heavier than most micro AIOs, but it can crank up the output to 200mW for awesome indoor reception. The A3 comes with a Spektrum-style micro adapter as well as a micro spade bit adapter, so you can use it on a multitude of different machines. With the LED channel display on the back, it will not fit into extremely snug spaces, such as that on the Blade FPV Nano QX, but it will drop right into the mount on most Whoops with nary a modification. Perhaps the best part about these combos is the fact that both video transmitters have channel/band display screens on the back, so there will be zero doubt about which channel you are actually running. 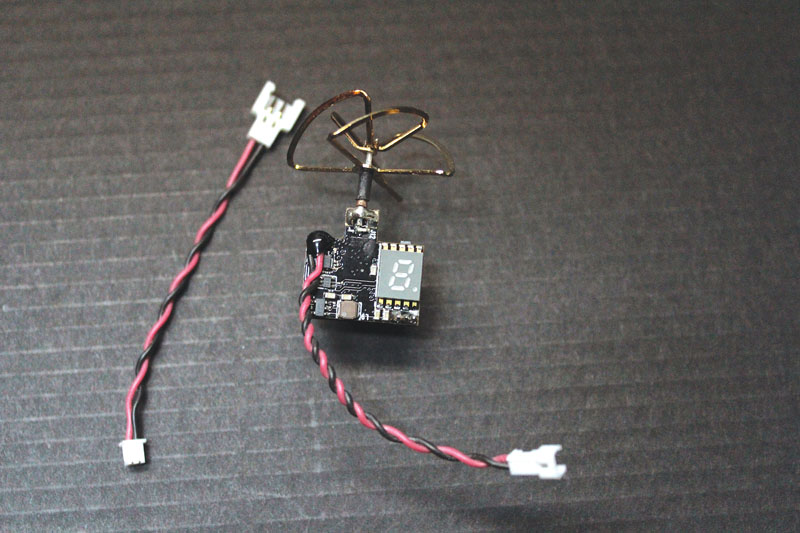 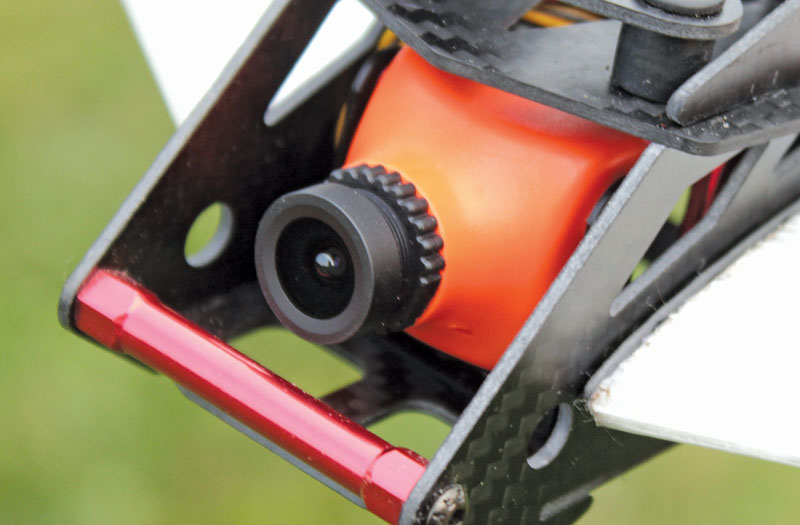 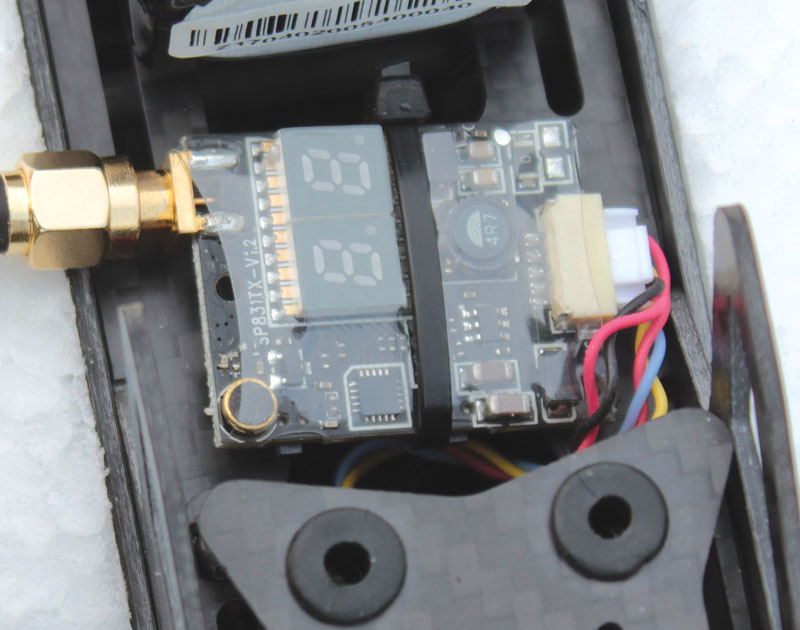 The 600mW VTX is a perfect match for the Sony camera.

I installed the KC02 system on my TechOne FPV Wing from Motion RC. The camera mounted perfectly in the nose, with the transmitter tucked directly behind it. Normally, I’d give a model a few laps around the field flying line of sight, but the bench testing provided such excellent display imagery I strapped the goggles on and tossed the wing. Once at altitude, I made my first turn back down toward the strip, turning straight into the setting sun. Much to my surprise, the Sony sensored camera compensated almost instantly, so I didn’t even blink. That surprised the heck out of me and had me giggling with excitement at how capable this frugal little system is. I was also able to push the TechOne Wing farther than line of sight without so much as a flicker in the reception on my goggles, and that held true pack after pack.

The A3 AIO combo had the distinct pleasure of getting mounted to one of my Whoops, and even with the extra weight (as compared to the Spektrum VA1100 AIO), it flew well and delivered far superior imagery than the stock system. Once again, the ability to deal with low light and transitions of lighting was exceptional. No longer did we have the experience of “Oh, no—I’m blind!” for half a second after passing through a brightly lit LED gate.

What else can I say other than “Wow!” The AKK camera and video transmitter systems work as advertised, if not better. The combos arrived bereft of any sort of manual, but they are both prewired and easy to program, so unless this is your first rodeo, you should be fine.—Matt Maziarz