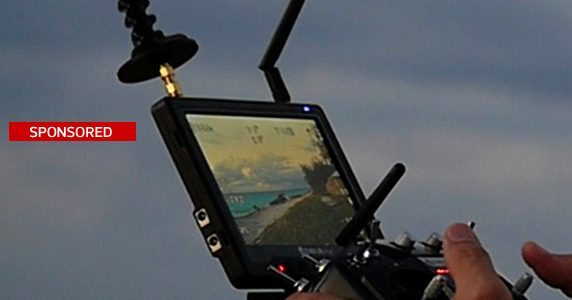 Welcome to the wonderful world of antennas, its language and culture; to the aperture family (effective and scattering), the lobe family (main, side, back, and grating); to beam widths, directivity, and gain. Antennas are three-dimensional and live in a world of beam area, steradians, square degrees, and solid angle. Antennas have impedances (self and mutual). They couple to all of space and have a temperature measured in kelvins. Antennas have polarizations: linear, elliptical, and circular. This chapter will make you ﬂuent in the language of antennas and comfortable in its culture.

What is an Antenna

An Antenna is a transducer, which converts electrical power into electromagnetic waves and vice versa.

An Antenna can be used either as a transmitting antenna or a receiving antenna.

Antenna can also be termed as an Aerial. Plural of it is, antennae or antennas. Nowadays, antennas have undergone many changes, in accordance with their size and shape. There are many types of antennas depending upon their wide variety of applications.

Antennas have to be classified to understand their physical structure and functionality more clearly. There are many types of antennas depending upon the applications. Below are some of the types and applications.

FPV antennas are tuned to specific frequencies so you can’t use a 2.4 GHz antenna with 5.8 GHz FPV equipment. In general the lower frequency antennas are bigger than the higher frequency ones. 95% of the time we use 5.8 GHz for FPV video so in the rest of this article we will assume all the antenna are 5.8 GHz. To learn more about frequencies have a look at our FPV transmitter guide

The first concept that you should understand is antenna polarization. There are two main categories of antennas, linear and circular polarized antennas.

In general linear polarization can provide extra range as all the energy is focused on a single plane rather than being dispersed into a cylindrical pattern. However in order to get good reception with linear polarized antennas you need to ensure that both antennas are aligned to ensure the radiation pattern has maximum overlap. Wireless systems such as WiFi will typically use linear antennas since the devices are stationary on the ground so it’s easy to ensure the antennas are always aligned. When using linear antennas on board your FPV drone in the sky means that when you are turning you will get less overlap, resulting in your FPV signal breaking down. The most extreme case as shown below is when the transmitter and receiver antenna are 90 degrees to one another, resulting in the least amount of signal overlap

When to use Circular Polarization

When to use Linear Polarized antennas

The energy of your FPV system can be considered to behave like a water balloon. By using different antennas you essentially alter the shape of the balloon, but the total amount of water remains fixed. To get more range we can stretch the water balloon out to make it longer at the cost of reducing its width or coverage (making the balloon thinner). This is what long range antennas do by sacrificing beam width to get more range. Alternatively we can squash the waterballoon, which will make it fat, but shorter, this means we can get more coverage at the cost of reduced range with antennas which are not very long.

The common types of Radiation patterns are −

Omnidirectional antennas are great for everyday FPV flying as they provide great coverage and you don’t need to keep them pointed at your aircraft to ensure you get signal. Directional antennas (aka high gain antennas) allow you to fly further away and still receive a good FPV signal, but because the beam is narrow you always need to ensure it is pointing at your drone. You can do this by getting your friend to point at your FPV aircraft as you fly around, or invest in an antenna tracking station that will automatically pan and tilt to keep your antenna pointing at your drone/aircraft.

In order to get the best of both worlds, some FPV systems combine two (or more) antennas on the ground receiver. This could include one omnidirectional antenna to give you good coverage. And the second antenna could be a high gain directional antenna to give you extra range in a specific direction. These systems make use of dual receiver systems (called diversity receivers) which will monitor the signal from both antennas and switch to the one that gets the best reception.

What antennas should I use for FPV?

The best antenna to start with would be a cloverleaf antenna on your receiver and a skew planar antenna on your video transmitter. Some FPV kits already include these antennas, but if not most shops sell them as a pair of FPV antennas. These are Omni directional, circular polarized antennas which work relay well for FPV.

Generally price gives a good indication on the quality and precision of the antenna. When comparing the same type of antenna from different manufactures, the more expensive one will usually have better range. This is because they are made using better materials, and with more precision. However, that is not always the case and it’s up to you if you think it is worth to pay double to get a 10% increase in range.

As you become more familiar with FPV flying and you desire more range you can upgrade to more directional systems such as a helical antenna.

So that covers some of the most common antennas used for FPV flying. Hopefully this guide will help you make the best decision in what type of antenna you decide to use.

The gain of an antenna is simply the measure of power of an antenna or video transmitter, measured in decibels, the formal definition is:

The decibel (dB) is a logarithmic unit of measurement that expresses the magnitude of a physical quantity (usually power or intensity) relative to a specified or implied reference level.

Antennas that you can buy will usually have a dB specification. This value gives you an idea of how the antenna will alter the radiation pattern. A perfectly isotropic antenna with 0 dB gain will have a radiation pattern that’s a perfect circle from the antenna. As you increase gain you will alter the shape of this circle pattern to squash or squeeze it to get extra range in a particular axis.

As we increase gain even more with directional antennas not only is the pattern squashed more vertically, but also stretched in a particular direction horizontally to get more range in that direction.

Below are some of the different types of Antennas available on www.Hyperion-world.com 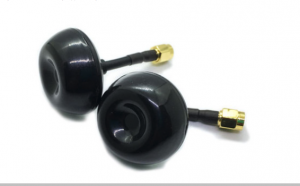 This Antenna is a great way to improve the performance of your FPV system. This Right-Hand Circular Polarized Antenna (RHCP) helps reject “”multipath interference”, this is a problem that plagues the standard dipole stock antenna’s.

This style of Antenna has been proven to increase range and the video clarity and has become the standard aftermarket upgrade for most FPV systems. This Antenna has 3 lobes for the transmitter, which is encased in a smart 2 piece plastic molded mushroom shaped housing.

A new development for FPV antennas. It’s a 2.75 turn’s helix, the turns are more closely spaced than a conventional helix, and it uses a parasitic disk to achieve higher gain (9.3dBi) and better axial ratio compared to a regular helix.

The result is a very compact moderately directional antenna with very good efficiency, and same gain as a 4 turns conventional helix. The total length is less than half that of a comparable 4 turn’s helix, which slightly more than a linear patch antenna is. 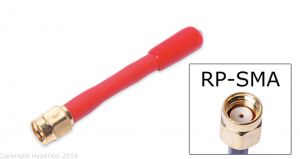 The Hyperion Mini Whip Antenna is extremely compact and lightweight (under 4 grams). This antenna is perfect for applications where size and weight is most important.

The Rhombic Antenna is an equilateral parallelogram shaped antenna. Generally, it has two opposite acute angles. The tilt angle, θ is approximately equal to 90° minus the angle of major lobe. Rhombic antenna works under the principle of travelling wave radiator. It is arranged in the form of a rhombus or diamond shape and suspended horizontally above the surface of the earth.

The frequency range of operation of a rhombic antenna is around 3MHz to 300MHz. This antenna works in HF and VHF ranges.

Rhombic antenna can be regarded as two V-shaped antennas connected end-to-end to form obtuse angles. Due to its simplicity and ease of construction, it has many uses −

• In HF transmission and reception

The construction of the rhombic antenna is in the form a rhombus, as shown in the figure.

The two sides of rhombus are considered as the conductors of a two-wire transmission line. When this system is properly designed, there is a concentration of radiation along the main axis of radiation. In practice, half of the power is dissipated in the terminating resistance of the antenna. The rest of the power is radiated. The wasted power contributes to the minor lobes.

The radiation pattern of the rhombic antenna is shown in the following figure. The resultant pattern is the cumulative effect of the radiation at all four legs of the antenna. This pattern is uni-directional, while it can be made bi-directional by removing the terminating resistance.

The main disadvantage of rhombic antenna is that the portions of the radiation, which do not combine with the main lobe, result in considerable side lobes having both horizontal and vertical polarization.

Another method of using long wire is by bending and making the wire into a loop shaped pattern and observing its radiational parameters. This type of antennas are termed as loop antennas.