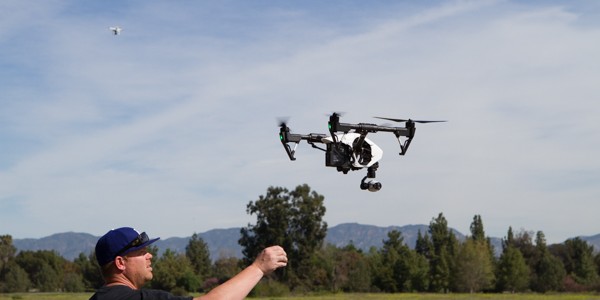 Here is a great story we found on the Gazette website (www.gazette.com) showing just how useful Drones can be. We find it funny that the horse was named Houdini, coincidence or reincarnation? enjoy this cool story. 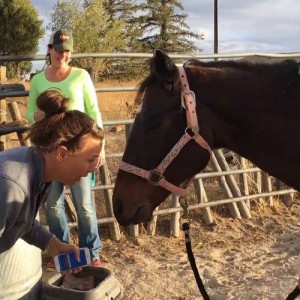 Kari Edge is reunited with her horse “Houdini.” Photo courtesy of Multicopter Warhouse

A machine did what man could not, and now, a girl’s best friend is back in her arms where he belongs. A 29-year-old horse, known for marching in parades, comforting nursing home residents and teaching children to ride, escaped Thursday morning from a ranch in Castle Rock. He was found Sunday morning. A drone with an infrared camera located the famous Houdini, or “Hou” for short. “It was absolutely amazing to be able to find him,” said Joshua Gilson, co-owner of Multicopter Warehouse, a Castle Rock store that builds and sells drones. “I love aerial photography, but the search-and-rescue application for unmanned aerial vehicles is unbelievable,” Gilson said Monday. “This technology is available, and maybe people will see that drones aren’t that bad and they can help.” Unmanned aerial vehicles typically operated remotely recently have become available for hobbyists and at times have caused problems for the Federal Aviation Administration and other government agencies as they work on regulating air space.

Gilson and his business partner, Kerry Garrison, opened their store for hobbyists and commercial drone users in downtown Castle Rock in November 2014. On Saturday, they were asked to help find Houdini. “A manhunt had been going on for three days to find a missing horse, and they were about ready to give up,” Gilson said. Houdini had lived up to his name with his first real escape act, somehow getting through a latched gate and wandering away. Houdini belongs to Kari Edge and her 11-year-old daughter, Aspen. “It’s really awesome to be part of a community that comes together,” Edge said. Using a custom-made DJI Phantom 2 drone outfitted with a $3,000 infrared camera and dual monitors, along with a few chaser drones, Gilson and Garrison hit the road. They started looking near Crystal Valley Parkway, where Houdini went missing, but soon encountered a snag. A property owner “opened fire and tried to shoot it out of the sky,” Gilson said. Fortunately, the gunman did not hit the drone.

Drones swept over the Plum Creek River bed, but the weather was so warm that the infrared camera was identifying too many indicators, such as hot rocks, Gilson said. So, “We decided to pick it up again early in the morning.” At 6 a.m. Sunday, Gilson and Garrison met at the 800-acre ranch where Houdini was being boarded and started fanning out from there. The drone soon picked up an image of Houdini. “He was stuck in the bushes about 1,500 feet from its herd and about half a mile from the ranch,” Gilson said. The horse also had wounds from a barbed wire fence. “The vet said if he wasn’t found within another 24 hours, he would have bled out and died,” Gilson said. Groups of volunteers had been horseback riding, driving and walking around the area – many passing right by Houdini, Gilson said. They could not see the horse because he was so well hidden in the scrub oak. In fact, after Gilson told the ranch owner he had spotted Houdini, “She ran as fast as I’ve ever seen someone run and was 10 feet away from the horse and still could not see him.” Houdini, who requires a special diet because of dental problems, had swollen legs and suffered some gashes but otherwise is doing well, according to Edge. He was transported to another ranch in Larkspur – one with extra secure gates.