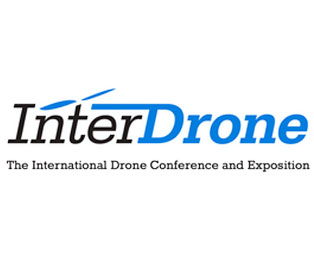 DJI Drones-of-a-Feather – A panel and interactive question and answer session with DJI Director of Education Romeo Durscher and other members of the DJI team for flyers of Phantoms, Inspires, S-900’s and S-1000’s and the new Matrice 600 drones.

Drone Talk – This session, led by Patrick Sherman (“Lucidity”) and Brian Zvaigzne (“Techinstein”) is loosely based on the popular NPR show Car Talk. Lucidity and Techinstein have flown – and crashed – nearly every type of drone imaginable and they answer any and all sorts of questions about flying, selecting, and maintaining your drone of choice.

Dronecode Drones-of-a-Feather – Dronecode is the open source, collaborative project governed by The Linux Foundation that encompasses many UAV projects and repositories including Ardupilot, PX4, Pixhawk, MAVLink, UAVCAN, DroneKit and more. Technical Community Manager Craig Elder along with Dronecode Board Member Tom Pittinger will be answering questions about the projects and how members of the community can get involved.

Building and Growing Your Drone Service Business – The Drone Boss, Damon Darnall, is the host of this session for entrepreneurs and businesspeople starting or operating a drone service business. Much of the commercial drone work will be done by these smaller specialized companies and they will get a chance to trade tips and tricks in this session.

“These After-Hours events round out a jam-packed three-day immersion in building, flying and buying commercial drones. With more than 120 sessions and 160 exhibitors we want to insure that no one leaves without being thoroughly satisfied with what they have learned at this event. Content, content, and more content has always been a hallmark of BZ Media events,” said Ted Bahr, InterDrone Chairman.

Michael P. Huerta, administrator of the Federal Aviation Administration, will give the Grand Opening Keynote address and more than 4,000 attendees expected at the conference

Registration for InterDrone is open at www.InterDrone.com. For information on exhibiting or event sponsorships, please contact Ted Bahr at ted@bzmedia.com or +1 631-421-4158 x101.