Efforts are being made to repeal Section 336, known as the “Special Rule for Model Aircraft”

Section 336 is the reason why today’s drone pilots and generations of model-aircraft fliers have been able to fly without a Federal Aviation Administration (FAA) pilot’s license, equipage mandates, and regulatory paperwork. Section 336 is a safe tradition that has been around for many decades. If you like flying your drone or model aircraft for recreation without mandates that include pilot licenses and remote IDs, action is needed now. 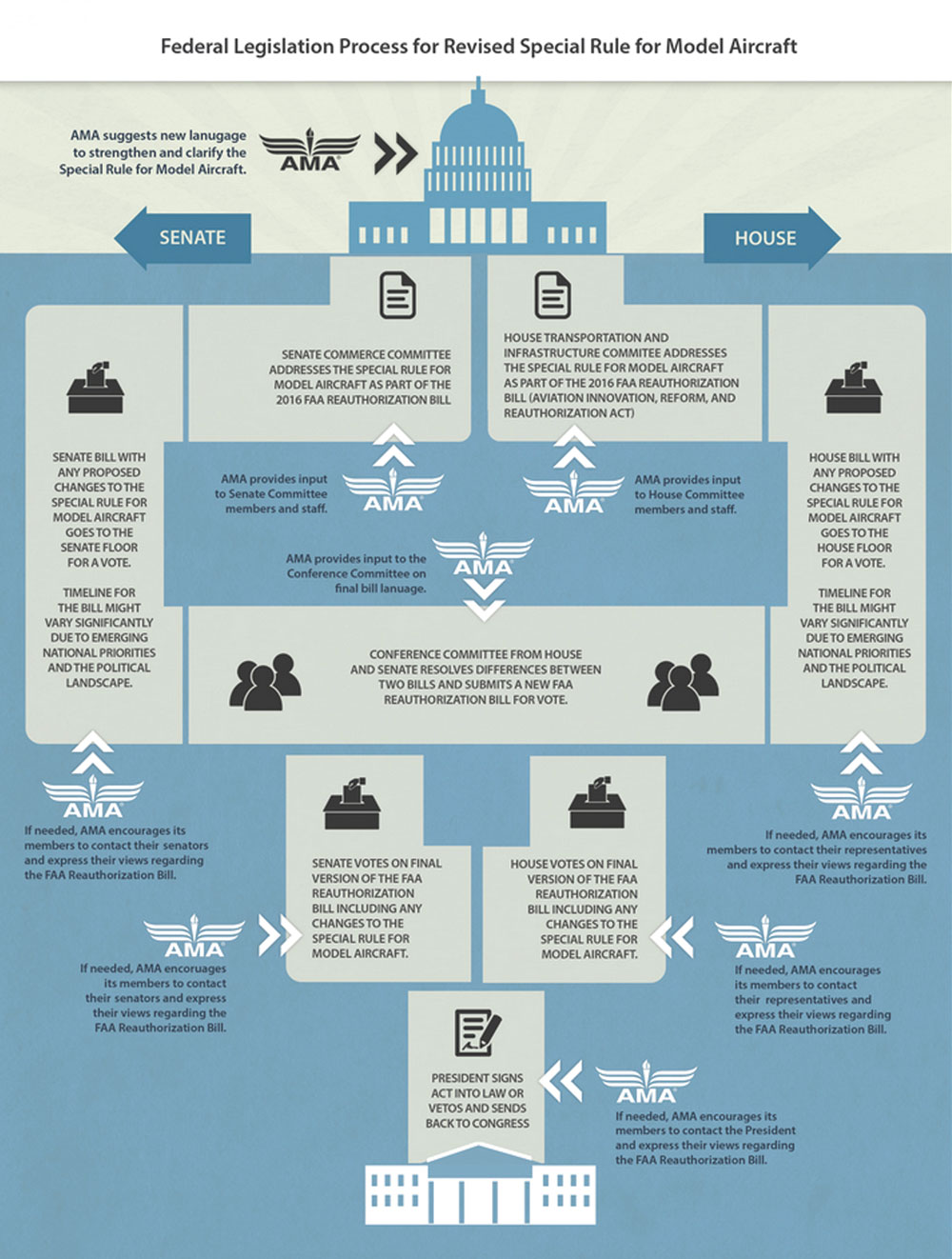 Who Would Do This?
The efforts to repeal are coming from various sources—to name a few, Google’s Project Wing, CNN, and Ford. All these companies are members of the Commercial Drone Alliance. This group issued a press release on April 4, 2018, stating, “Legislation is necessary now to allow the FAA to properly regulate hobbyist drone operations under a revised Part 107 of the Federal Aviation Regulations.” Lisa Ellman, co-executive director of the Commercial Drone Alliance, says, “We understand why model aircraft proponents want to remain exempt, as they have been flying safely for decades. However, times have changed, and hobbyists are no longer flying alone.”

These commercial drone companies apparently wish to repeal Section 336 and replace it with restrictions that include pilot licenses and remote IDs for hobby pilots to free up airspace for large commercial drone operations.

In my experience with model aircraft and drones, I have found many people in STEM (Science, Technology, Engi­neering, and Math) and careers in aviation started out as Section 336 recreational fliers of model aircraft. In addition, many of these same professionals continue to fly their model aircraft as an enjoyable hobby.

Section 336 is the “feeder school” for a host of academic and commercial careers in science, technology, and aviation. There is little need to place a regulatory boot on the neck of this safe and enjoyable American pastime. But some very large and powerful companies don’t see it that way.

The efforts of the Commercial Drone Alliance and others who seek to repeal Section 336 are engaging in classic “rent-seeking” behavior. That is, they seek to obtain special access to our public skies in ways that are only possible by reducing the rights of the hundreds of thousands of us who currently benefit from Section 336. By lobbying to repeal Section 336, they appear to be seeking to impose regulatory burdens on the hundreds of thousands of Americans who currently fly under Section 336 in order to fulfill their dreams of autonomously flying long endurance flights in our nation’s airspace. Hobbyists, apparently, are standing in their way.

FAA-Certified Aircraft and Aircraft Systems
Autonomous long-range flights going far beyond what the human eye can see should be done with aircraft and aircraft systems that can truly integrate with our existing airspace systems and users. What do I mean by “truly integrating into the existing airspace systems and users”? I mean that they should have to accommodate today’s current users of the national airspace, including hobbyist and recreational fliers, without imposing licenses, airspace restrictions, and remote IDs upon them. For example, when jet engine–powered aircraft entered into use, existing general-aviation aircraft and pilots were not required to obtain new licenses or to put new technology, such as radar, aboard their aircraft. Jet-aircraft operations were instead required to integrate into the existing airspace operations by supplying their own equipment and special pilot licenses for jet engine–powered aircraft, not the other way around. If Google and others who currently wish to repeal Section 336 to realize their dream of long-range autonomous flights without humans aboard, they should be required to have their own special certificated aircraft and systems that they alone should pay for. The taxpayers and current beneficiaries of Section 336 should not be burdened with restrictions, including pilot licenses and remote IDs, just to free up airspace for large commercial drone operations. This would be proper integration with existing airspace users, just as when jet aircraft came into being and the general-aviation industry was not burdened. The Academy of Model Aeronautics stated the case well: “Congress should not allow for-profit companies to dictate legislation abolishing a segment of the hobby with a strong, 80-plus-year safety record.”

It is important that you call or visit your U.S. senators now, before the FAA Reauthorization is final in the U.S. Senate. Please do so right away. — JEFFREY ANTONELLI