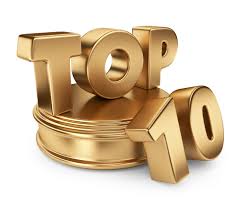 Starting out with #10 is this is a very cool drone, the story comes to us from Gizmag.com by Nick Lavars

Having already built a pair of industry-oriented drones, Roomba co-designer Helen Grainer’s startup CyPhy Works has made its first flirt with the consumer space with a moderately priced six-rotor drone that takes flight with a swipe of the smartphone screen.

CyPhy Works too is looking to put the intuitive thumbs of iOS and Android users to work. Users can control the CyPhy LVL 1 Drone through simple on-screen swipes, with a first person view streamed back to the user through a Wi-Fi network over an impressive 20 minute flight time.

With six rotors as opposed to the customary four found on most consumer drones, CyPhy says it has designed the LVL 1 so it doesn’t need to tilt in order to move. The company calls this its Level-Up technology, claiming it will enhance handling and allow for smoother, more stable captures.

Photos are snapped at eight megapixels and video shot at 1080p HD. The app also enables users to share these captures over social media platforms such as Facebook, Snapchat or Twitter in real-time while the drone is still in the air.

In keeping with the anyone-can-fly-this-thing mantra, CyPhy has also built in a geofencing feature to give users a little peace of mind. Through the app, a maximum and minimum height can be configured and a geofence created literally by pacing out the boundaries with the smartphone in hand, a feature that’s sure to save a few rotors from the trash heap as users get a grip on things.