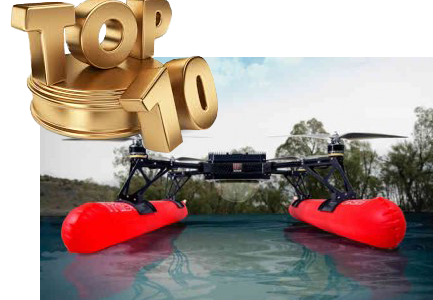 Another way to use drones! 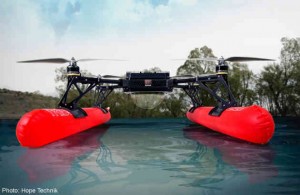 THE Maritime and Port Authority of Singapore (MPA) expects to soon have an extra pair of “eyes” to assess oil spills at sea, in the form of a drone which can be deployed from its patrol boats.

The authority is working with local engineering firm Hope Technik to develop an unmanned aerial vehicle (UAV) that is waterproof and can take off from and land on water. In flight, the drone will be able to “see” for at least 150m around the vessel to which it is tethered.

“Using the UAV, we can have a comprehensive overview of the extent of the oil spill, and we can deploy our craft in a more efficient manner,” said Captain Daknash Ganasen, port master and deputy director of marine operations at the MPA. “From the surface, you have a limited line of sight, but with a UAV you can see further.”

A prototype of the UAV was unveiled yesterday at the International Chemical and Oil Pollution Conference and Exhibition 2015 at the Sands Expo and Convention Centre.

Development of the drone, called the Water Spider, started last year and it will undergo trials at sea soon. Hope Technik expects it to be ready by the third quarter of the year. The drone will cost at least $10,000.

The firm’s project director, Mr Ng Kiang Loong, said the Water Spider’s flying algorithm allows it to fly in gusty winds of up to 20 knots, or 10m per second. A typical drone can fly in winds of up to only 15 knots.

Being able to launch from and land on water is also important, Mr Ng said. Drones require a vertical height clearance of about 5m to take off, and on most vessels, this is obstructed by antennae and masts.

It will be equipped with two cameras – a regular one with a 10x zoom and another with thermal imaging, allowing it to operate into the night. Singapore Oil Spill Response Centre general manager Bas Wiebe said drones can be deployed quickly.

“Overflights by fixed-wing (aircraft) and helicopters sometimes are restrictive because of air space control. Singapore is a small country and you enter quite quickly into your neighbour’s airspace. You may need clearances,” he said.

MPA chief executive Andrew Tan said the UAV is a part of Singapore’s push to be a leader in maritime safety.

The MPA has also started a near-miss reporting system. “For every incident that has happened, there could be several near-misses before that point… We want to understand if it’s a risk relating to passageway or human error,” Mr Tan said.