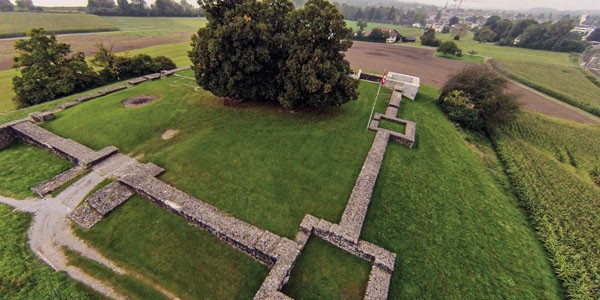 While many people use their drones to shoot dynamic videos, I prefer taking still photography. To me the DJI Phantom is the ideal platform to do aerial photography in general and archaeological pictures in particular: Historic ruins are often not very impressive seen from the ground, where all we are left with is a foot high series of stone walls. Elevate your camera platform into the sky and shoot the same structure from above and you will actually get an idea of the building, its shape, and its site. Such steady aerial shots can serve as blueprints for re-creating the building in a 3D program, like SketchUp. Once done, the virtual building can be combined with the aerial or ground shot to give us a sense of what the building looked like. The picture from the ground at the Roman fort in Irgenhausen, Switzerland, does not do the building justice; when the camera is up in the air, however, we get a much better impression of the structure once we get a bird’s-eye perspective of it. 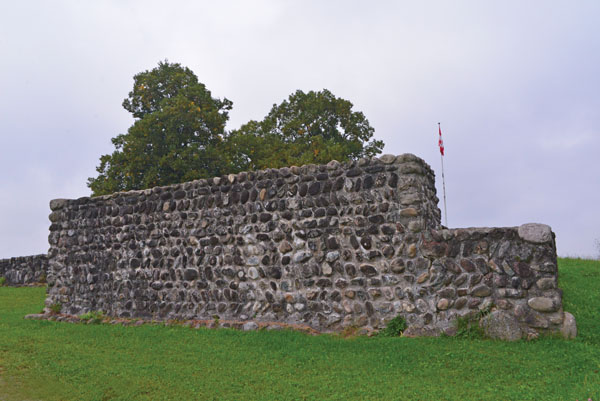 The view from the ground is unremarkable and gives us no idea about the shape of the structure. 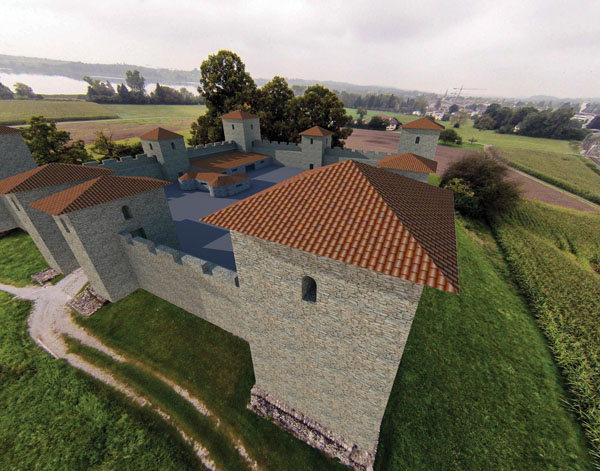 The fort, rendered in 3D and combined with the original aerial shot, shows a realistic impression of a possible reconstruction.

Benefits of infrared
But that’s not all. Infrared (IR) photography has long been used in aerial photography for purposes of generating a Normalized Difference Vegetation Index, which allows for the study of differences in vegetation. Infrared pictures make the nuances in chlorophyll more obvious by turning the ubiquitous green into various shades of gray and pink. The differences can be caused by unhealthy plants, which is important to know for the agriculture industry, or by hidden stone structures in the soil, which is what archaeologists are after. 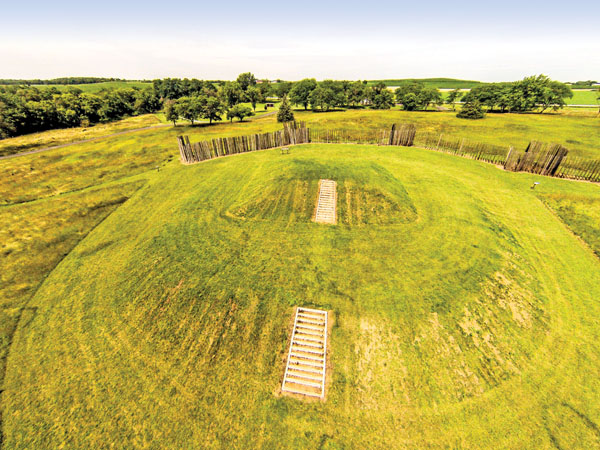 This aerial shot shows the sheer size of the main hill at Aztalan State Park in Wisconsin. Behind it is part of the reconstructed tall fence, which surrounded the entire site. 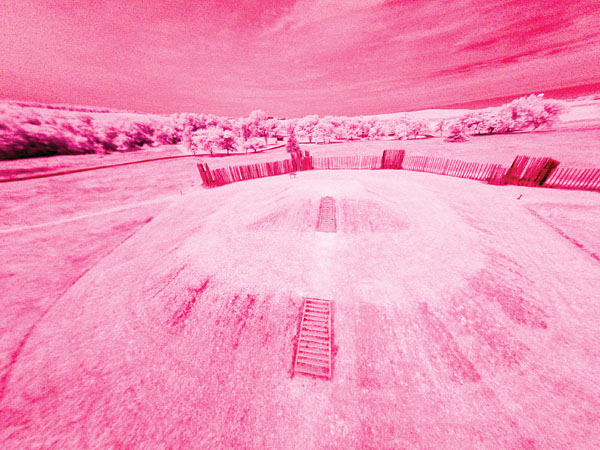 For comparison, here’s a similar shot but, this time, taken with the modified HERO camera to show the infrared spectrum. Different details become visible on this second flight.

In the days of analog photography, Kodak’s Wratten 25A IR filter was the de facto standard. Today’s digital cameras have sensors sensitive enough to catch infrared, but the manufacturers prevent that from happening by adding an IR filter in front of the lens. That is where third-party vendors come in and now offer services to have that filter removed. One such company is IRpro, which also offers a range of different lenses for the GoPro HERO, one of the ideal cameras to go with the DJI Phantom. The two example photos show the traditional shot with a regular GoPro HERO3 camera and one with a modified GoPro. Both photos were taken at the Aztalan State Park in Wisconsin. The infrared shot was taken with a GoPro HERO3 White Edition camera modified by IRpro with an IR Red 25 lens. We can see the reconstructed mound of an Indian tribe from around 1200 AD.

Flight techniques
My flying technique is not elaborate, and that is not just down to the pilot’s skills or lack thereof. When approaching a new site, I pick the location that I want to have right in the picture, and I launch the drone straight up from the very edge of it. Once it is high enough, I simply rotate the drone around its axis. The camera is on time lapse, taking two pictures per second. If the conditions allow for a steady flight, sometimes those pictures overlap each other enough to stitch an aerial panorama together afterward. Because these cameras have super-wide-angle lenses, a barrel distortion is unavoidable, but programs like Adobe Lightroom have built-in filters, which can reverse that effect. Once you have a series of corrected panorama shots, they can be combined. I used the program Hugin to assemble the shot of the Napoleon castle on Guadeloupe.

Multiple aerial shots have been combined into a 180-degree panorama of Castle Napoleon III on Guadeloupe. On the far left, we can see the town and, on the far right, the main building; in between are the ammunition bunkers.

Of course, before you fly at any of these sites, make sure that drones are all right to operate there. Sadly, some great Indian ruins in the United States are off-limits due to the ban of drones in the National Parks—a restriction that, we hope, will be lifted one day. Until then, we can enjoy the more favorable rules abroad.