RotorDrone Magazine is proud to announce that it is a media sponsor of the Bay Areas First Drone Film Festival!

NOW ACCEPTING ENTRIES AND TICKETS ARE ON SALE

The mission of the festival is to promote drone education and entertainment to the public, and increase safety awareness to drone videographers, photographers and enthusiasts, according to Festival Organizer and Director Clay M. Coleman.

The live show will screen 15-20 short videos. At least 50% of the footage in each entry must have been shot using a drone. Winners from 12 categories will be awarded prizes valued at more than $10,000 including professional drone kits, accessories, drone lessons and more.  Also, a “Best of the Bay” award will be presented for the top drone film by a San Francisco Bay Area resident. Drone enthusiasts can enter their best drone videos and photographs through January 24. The cost to enter ranges from $10 to $25, and there’s a 20% discount if the filmmaker watches a drone safety video. Early-bird entry fees are offered before December 15 at www.BayAreaDroneFF.com.

The 12 award categories are:

The KnowBeforeYouFly.org Safety Video category puts the spotlight on drone safety. The winning video, which will be used to promote the “Know Before You Fly” campaign, must include the basic tenets of drone safety.  All entries in the film festival will be disqualified if it’s clear that the following FAA unmanned aircraft safety guidelines were not followed in its creation:

“The last thing the drone industry wants to see is people getting injured in an accident caused by irresponsible, careless drone operators who in many cases are unaware of the safety guidelines and rules that are in place,” said Coleman. “We also want to help change the negative public perception of drones, and highlight some of the amazing things they can do.”

According to Coleman, drones are becoming an integral part of society in many positive ways, including delivering first aid to remote locations, assessing damage after a natural disaster, search and rescue, 3D mapping, agricultural inspection, journalism, tower and bridge inspection, law enforcement, as well as creative photo and video applications.

Coleman is a 25-year veteran air traffic controller with the FAA, a life-long photographer and an avid drone enthusiast. He has participated in several forums and workshops aimed at the safe integration of drones into the national airspace system (NAS), which is governed by the FAA, and is a member of community-based groups that promote flight safety, such as the Academy of Model Aeronautics (AMA), Association for Unmanned Vehicle Systems International (AUVSI), and Airborne Law Enforcement Association (ALEA). 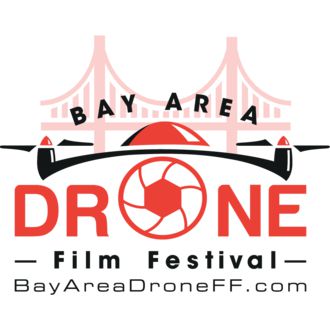