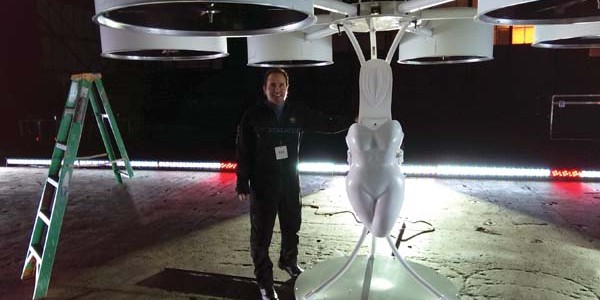 The pop star Lady Gaga is no stranger to unusual fashion choices and has a talent for creating over-the-top performances, but her flying dress, the Volantis, literally took her to new heights. Custom multirotor designer and builder and commercial pilot Gus Calderon consulted for London-based Studio XO that brought this flying creation to life. Gus says that the design is based on one of his smaller multirotors, and “literally scaled up the dimensions.” Gus said, “It was very challenging because we had to merge fashion with technology and accomplish this within a very short time frame.” 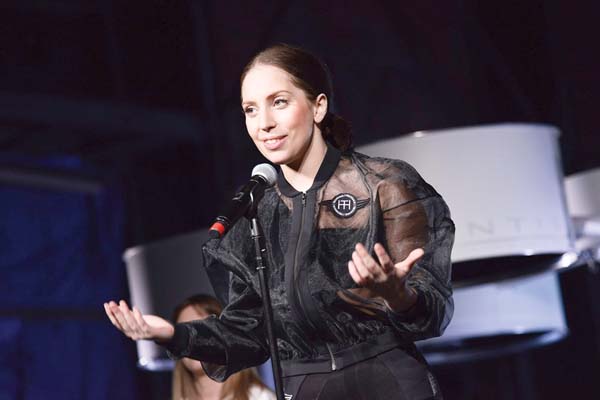 Above: Lady Gaga addresses the media about how technology can improve the lives of young people around the world.

The creative team worked at a secret location in north San Diego County and did extensive testing of the individual components and the assembled airframe as well. Gus adds, “I had to do a lot of flight testing with simulated payload in preparation for the event. It was a lot of fun to remotely pilot such an incredibly large multirotor.” 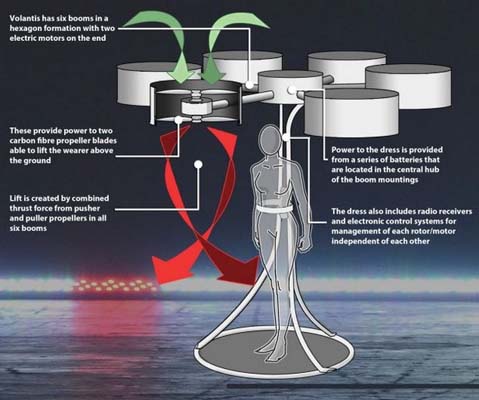 Above: This diagram of how the Volantis works was provided by Studio XO.

The Volantis used a combination of custom-made parts and commercially available components that met the team’s specifications. Although Gus had to sign a non-disclosure agreement not to divulge information about the project, he notes, “I can say that the multirotor was electric and powered by lithium-polymer batteries.”

After the successful on-stage flight, during which the dress and Lady Gaga flew around the stage, 3 feet off the ground, she later gave a press conference: “We want you to feel inspired. We need to open our minds to technology … and we want your ideas to take flight.”