The initial conversation that would become this interview took place via cell with AeroCine’s (now Aerobo) CEO and co-founder Brian Streem and VP Jon Ollwerther from the back of an Uber cab shuttling them through downtown Washington, D.C. on their way to meet with the FAA—an appointment that hadn’t even been on the table when we scheduled the interview a few days prior. But the pace at the professional end of the drone world is a frantic one, and AeroCine is right on the leading edge so they are used to reacting fast. As VP of Marketing & Operations, Jon put it— somewhat apologetically at the beginning of our chat—when the FAA asks you to come to Washington to meet, that’s an invitation you accept, even if it’s last minute. As the only company with an exemption to fly commercially in New York City, AeroCine has a strong relationship with the FAA and consults with them on a regular basis, which made our second conversation—in person in AeroCine’s Brooklyn headquarters the following week—all the more fascinating. I would find out at that meeting that the other half of the founding team, Jeff Brink, Director of Flight Ops, missed the FAA trip because he was called to upstate New York to shoot aerial video of the ongoing manhunt for the two escaped prisoners that had been all over the news—coverage that relied to a notable extent on AeroCine aerial video footage! This is a busy team, but the projects and policy discussions they are a part of give them tremendous insight into the state of the professional drone world, and where it’s headed next. To read more click on the image below: 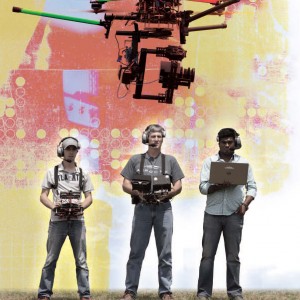