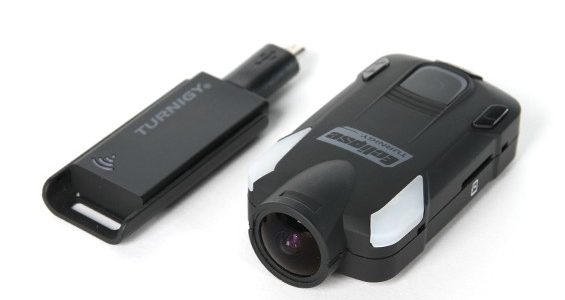 From HobbyKing:
The Turnigy Eclipse 2K Full HD FPV Action Camera has been designed with versatility in mind and comes packed with features. Due to its miniature size and super crisp HD digital video recording, it can be used as an FPV camera, dash camera, R/C drone camera or an action camera for all kinds of sporting or travel events.

The Turnigy Eclipse has seven different video resolutions to choose from and can record in 2K (2560×1440) at 30 frames per second, 60fps in full HD (1080p) and extreme 120fps HD (720p). This combines well with the 145 degrees FOV and 12MP CMOS sensor for outstanding picture quality. There are even more features packed in this camera such as loop recording, WDR, video stabilization, audio, OSD mode, time lapse, slow motion and burst mode. Even changes can be made to your field of view (Wide, Middle, Narrow). Image rotation can be set to either normal or inverted.

Using the WIFI adapter the camera becomes WIFI enabled to allow a feed to your favorite mobile device. The App can be downloaded from the Apple store or Google Play (App download details in the instruction manual). The APP also allows for you to setup the camera. Extended camera setup can be done with the use of a HDMI cable to a TV or by connecting a video transmitter and viewing the menu on your goggles or ground station monitor.

We include a custom-made connection cable in the kit for you to connect to spare channels on your desired radio control receivers via PWM output, this means you can program your radio transmitter and control the camera utilizing two different, two position, switches to activate video recording or for taking still shots. This cable can also be used for video out to your video transmitter.

It’s time to get out there and capture all the action. 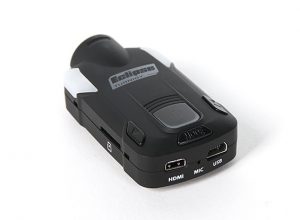 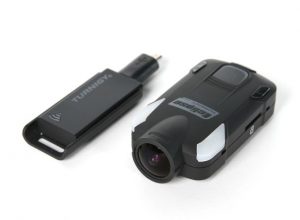 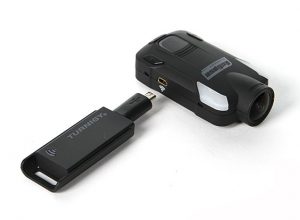 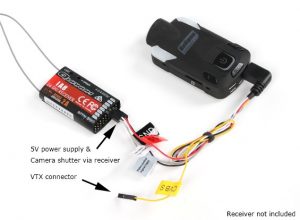 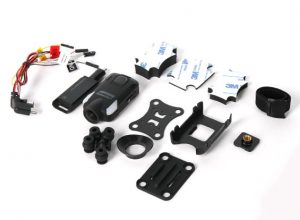